Losing a loved one is hard.

And while they are all good and true, they don't always help ease the pain and loss of those still here.

Losing someone you weren't "supposed" to care about hurts too.

This last Saturday, my ex-husband's wife succumbed to her three year battle with cancer.  She fought hard, but the cancer still won.

Dean and my ex-husband got married in February of 1999.  They had two boys.  One born in 2000 and one in 2003.  I've watched these boys grow up and have laughed and cringed right along with their parents.  After all, boys will be boys.  My daughter benefited from the best of both of these worlds.  At my house she was an only child, and at her father's house she was the oldest child.  She has little brothers that she can mentor and torture and yet she also has a place where she doesn't have to compete.

When my ex-husband and I divorced, one of the very first things we agreed on was that no matter what happened between him and me, our daughter would never be a pawn.  We would never bad mouth the other in front of her, and we would ALWAYS support each other in our decisions when it came to raising her.  That meant, if she was grounded at my house but it was his weekend, she would be grounded there too and vice versa.

A few years later, Dean entered the picture.  I believe it says a lot about a person's character if they embrace marrying into a "package deal".  Not only are they now a parent to a child that isn't biologically theirs, but they also get the pleasure of an ex-spouse to deal with as well.

I won't lie.  I know there are things about me that probably bugged the crap out of Dean just as I know there were things about her that I didn't necessarily like.  However, the same rule applied to her as applied to my ex-husband.  No bad mouthing her in front of my daughter, and always support.  I remember the day I told my daughter that if she wanted to call Dean Mom, it was okay by me and I would not be offended or feel like I was being replaced at all.  She was, after all, her mom also.

For 18 years this woman has been a part of my life, for better and for worse.  We've help raise each other's kids.  We've stayed under the same roof.  We've been frustrated with each other.  We've been a source of support for each other through loss of family, jobs, and health.  We've laughed.  We've cried.  We've grumbled.  We've hugged.

And now she is gone.

I was never "supposed" to care about you, but I do.  I've been questioned more times than I can count why I did.  "She is just your ex-husband's wife, why do you care?"  I care because you're more than just my ex-husband's wife.  You're the other mom to my daughter.  You're the mom to my favourite boys.  You are a beautiful woman with a huge heart willing to take in and love others.  I miss you, and always will. 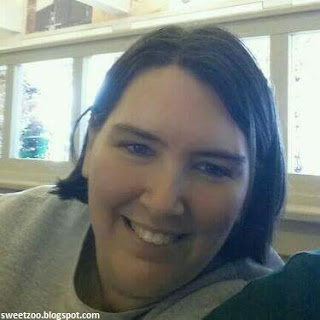 We're going to think back a few years on this post.

In high school I was in the marching and concert band.  Every year, about 2 weeks-ish before school started we had day camp at the school.  It was mostly for the incoming freshman to learn the basics of marching, everyone to get music for the season, and get to know the people that we'd be spending a lot of time with a little better.

One of the questions that was asked each year was, "Name one part of you that you like and one part of you that you don't like."  The director usually had a freshman answer followed by a senior.  The freshman usually had to really think about it to come up with one thing liked, but many dislikes.  The senior usually had to be stopped because they were naming so many likes and had to be reminded to list a dislike.  Was it because the senior was arrogant and the freshman shy?  I don't think so.  I think it was more because as we grow up, we realize that there is more to us than what others think of us.  It's a maturing process that we all go through.  Some faster than others but we all do it.

I remember my freshman year dislike was my feet.  My feet are far from small, and for a female that isn't usually considered "attractive".  Even now, my feet are not my favourite feature.  They have served me well over the years, but have also demanded more attention and surgeries than any other part of me.  I wish I could tell you what my likes were, but I honestly don't remember them.  However, I do remember that as the years progressed I was able to respond with more likes and fewer dislikes.

What about today?  Is my list of likes continued to grow while my dislikes shrink?  Is my likes list significantly larger than my dislikes?  Yes.. yes it is.  Another interesting fact is that my favourite features aren't necessarily physical either.  Now, don't get me wrong there is a physical feature or two that I do like.. but I feel that my heart is at the top of the list.  As it should be.

What about you?  What is your favourite feature?
Posted by Jenn at 11:21 AM 1 comment:

As the dust settles

A few weeks ago I sent a cleaning crew in here to clear out the dust.

They did an excellent job *sneeze* and now I'm ready *cough* to begin again.  *sneeze sneeze*


For those who are curious, yes I'm still in an exercise competition with my best friend.  As with years past we have increased the monthly mile goal and added extra components.  The two main items we added this year was stairs and a daily 7 Minute Workout.

I am always excited about stairs, as anyone who has gone walking with me will attest to, so the addition of stairs made me smile.  Then I saw what our monthly goal of stairs was.  For the first few months it was no big deal as we slowly build up.  My office is on the 3rd floor of the building, so achieving 4 or even 10 flights a day can easily be accomplished.  However, come September the daily goal is 20 flights.  So the last quarter of the year if you need me, look in the stairwell.

The other addition, the 7 Minute Workout, was to replace our daily core exercises.  We needed a variety daily and this fit the bill perfectly.  The app was inexpensive and comes with one pack of exercises.  The additional packs can be earned by reaching certain achievements.  For example, after one full month of exercises daily you can earn "for free" the bonus pack 2.  Bonus pack 3 can be earned after two solid months of exercises... or as I like to refer to it as "two months of torture to save 99 cents".  So far, for the year, the various packs have done me well.  The variety is great.  7 minutes is really no time at all.  The problem that I keep having is remembering that I haven't done it as I stand in the shower.  I need to work on that.

A few weeks ago I also attended my fourth Diabetes UnConference.  As always, it was amazing, fulfilling, and worth every cent and second I invested in it.  No group of people on Earth fills my heart quite like my Tribe.


So with this brief update on the life and times of Jenn I leave you with this (it is from a greeting card that I saved and have hanging in my office):